In 2017, Paul Maltby wrote, 'Democracy > user needs'. Between then and now, I have repeatedly bounced between disagreeing and agreeing with the statement.

After observing some user research with civil servants, I now hold a more nuanced view. In summary:

'User needs are a part of a democracy'

Many in the digital community believe that service failure is often caused by bad policy. To address this, digital specialists are trying to collaborate with policy makers. This happens either through various policy labs or when service owners support more effective collaboration between the policy and delivery cycles.

Sometimes, digital people enter this collaboration hoping to help shape better policy by giving policy makers a better understanding of user needs. It's a good intention, but our user research with civil servants revealed that this approach mostly fails. This approach doesn't consider the different scales of failure policy makers are trying to address compared to digital specialists.

Different scales of failure public servants are trying to address # 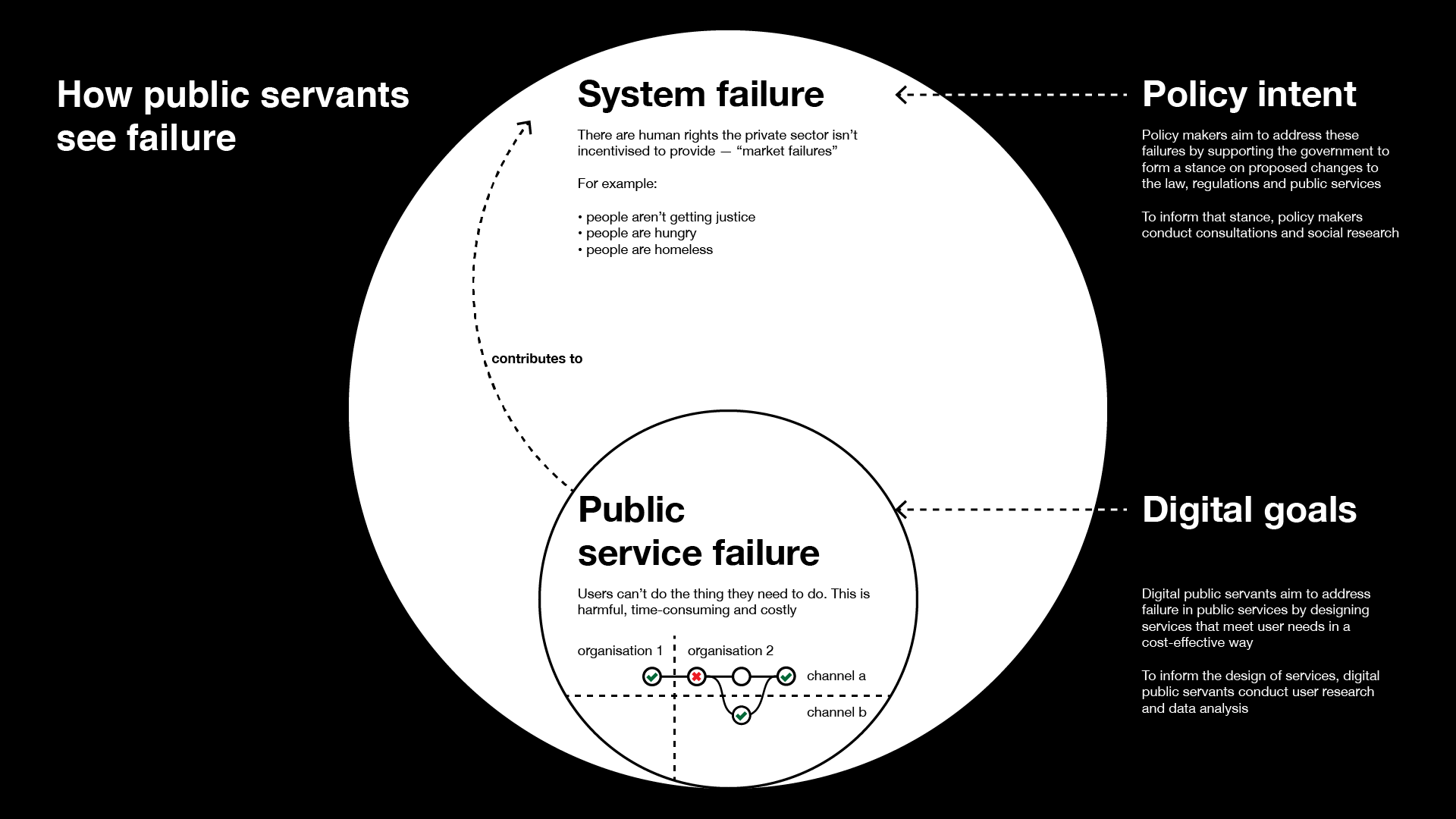 Public servants are generally trying to address failure in the system we live in. There are human rights the private sector isn't incentivised to provide, sometimes referred to as "market failures". For example:

To address system failure, policy makers support the government to form a stance on proposed changes to the law, regulations and public services. To inform that stance, policy makers conduct consultations and social research.

System and service failure are seen at two very different scales. Although failure in public services contributes to failure in the system we live in, there are many other contributors. It's humbling for digital specialists to recognise this when trying to influence policy. 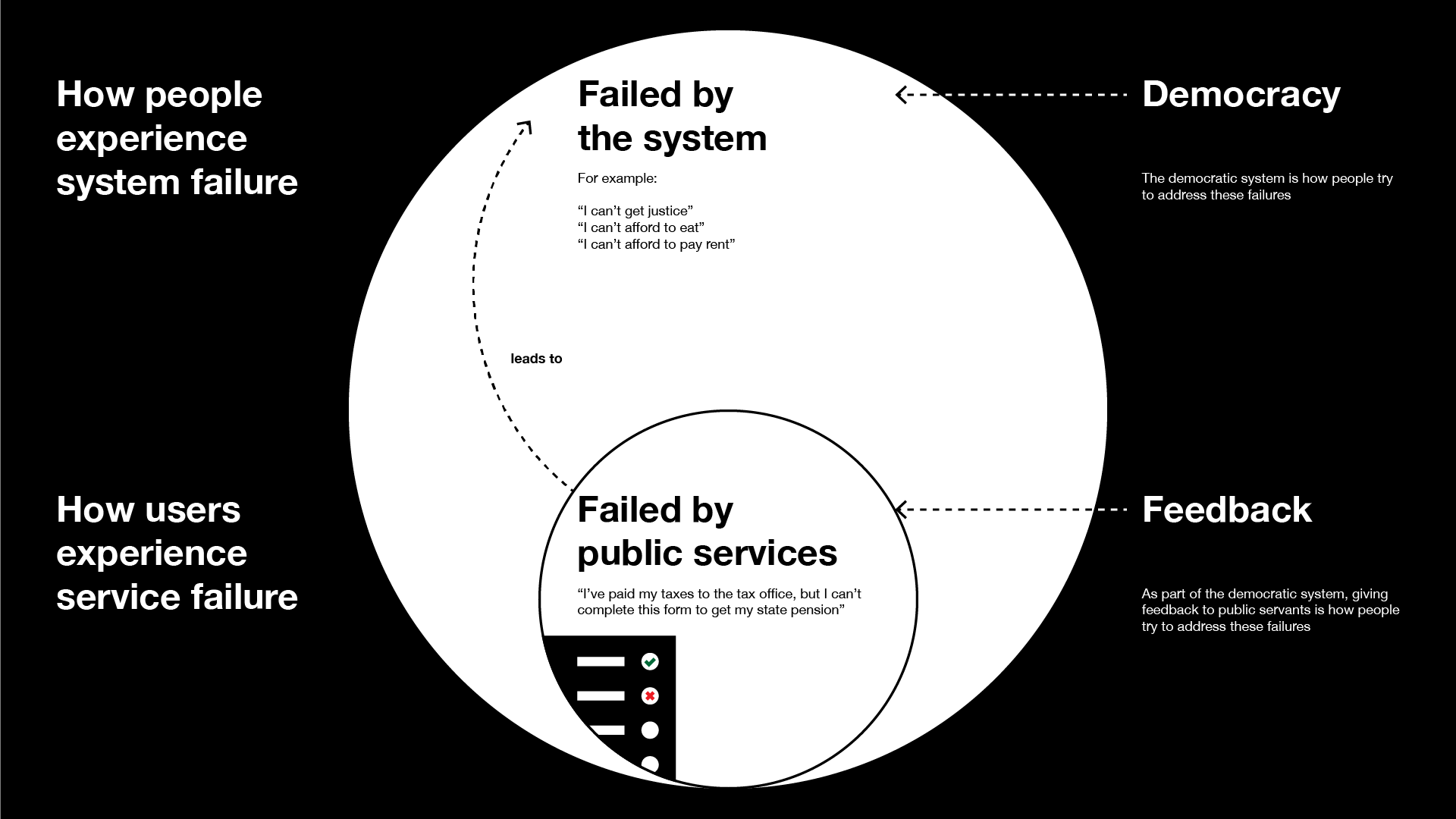 When people are failed by the system we live in, they experience big problems. For example:

The way people address the big problems is through the democratic system.

When people are failed by public services, they experience comparatively smaller problems. For example:

"I've paid my taxes to the tax office, but I can't complete this form to get my state pension."

This is an example of service failure.

The way people address the comparatively smaller problems is through a smaller part of the democratic system; users can give feedback to public servants so they can try to address service failure.

What this means for public servants #

If you're a digital specialist trying to influence policy makers, it's important to recognise that you are addressing failure at a much smaller scale. This recognition will make you humble, and help collaboration last longer than a workshop.

If you're a policy maker trying to shape more effective policies, it's important to recognise that failure in public services contributes to failure in the system we live in. Policies can both positively and negatively affect failure in public services. Collaborating with specialist digital colleagues can help you understand the system-wide impact of service failure, and how you can shape policies that help to address this.